Former Runshaw student Rupa Rathod, has received an award for her outstanding work in Motion Graphics on a tour with The Killers, a top American rock band.

She creates videos for the large LED screens behind stages on sets for some very famous names in music, including Katy Perry, Kylie Minogue, Shania Twain, Shawn Mendes, Tame Impala, and Bastille.
Her outstanding work for The Killers’ has seen her win the globally recognised Knight of Illumination award for ‘Best Screen Content’ alongside Producer and Owner of Blink, Tom Colbourne and award-winning Creative Director William Baker, famous for his work with Kylie Minogue.

Rupa often returns to Runshaw to talk to our students that are currently studying the same course she studied, she hopes that it might inspire those considering a career as a creative in the same industry.

Rupa explains “To receive an award so prestigious, being up there alongside many legends of our industry was hugely humbling experience and I hope it can give inspiration to anyone in my hometown wishing to pursue a career in the creative industry. I’m extremely lucky to have a very supportive family who have always motivated me to go after my dreams.”

If you are interested in studying Media Production, you can view the courses here. 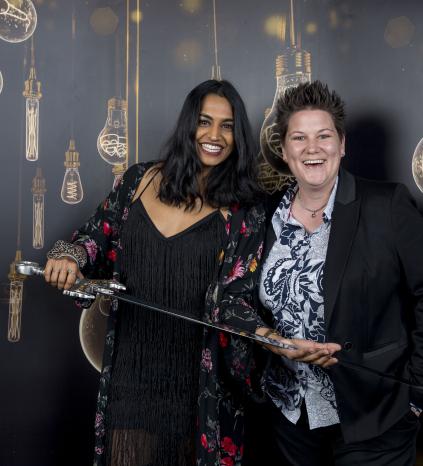