Anna and her teammates cruised into 1st place on Saturday, with a new world record time of 3:37.58.

Hopkin, 24, came into the race knowing she would go head-to-head against the men’s 100m freestyle champion Caeleb Dressel but the American was well back as Britain touched out in three minutes and 37.58 seconds. 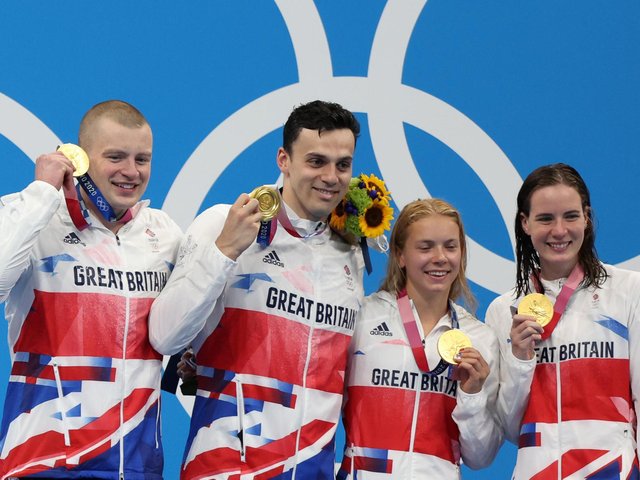 A huge congratulations to former Runshaw student Holly Bradshaw who achieved a Bronze medal in the Pole Vault competition at the Tokyo Olympics!

Holly becomes the second Runshaw Alumni to achieve a Medal at these Olympics, following Anna Hopkin in the pool!

‘”This is what I’ve worked for my whole career. I’ve had so many ups and downs. It’s something that I’ve just wanted, and wanted it so bad and it finally happened,” she told BBC Sport.’

We’re so proud of Anna and Holly’s achievements and wish them both continued success throughout their sporting careers.