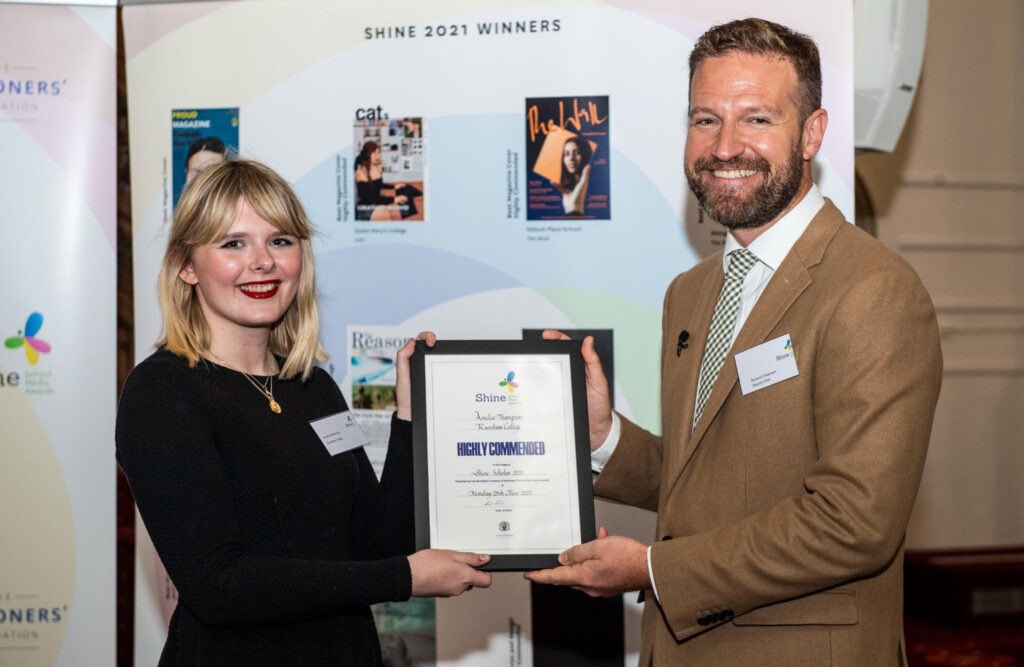 Our talented students reimagined the college magazine just under a year ago and in this time they have won a national award.

Amelia Thompson was highly commended for Shine Scholar of the year: a highly esteemed award given to the most talented writers and editors with regards to their own writing and their ability to inspire and lead others.

The Shine School Media Awards is a free national competition that rewards a diversity of talent from secondary schools and colleges across the UK who work on the writing, editing, design and fund-raising for a school or college newspaper, magazine, podcast or website.

Each year there is steep competition against magazines and newspapers that have been established and built upon for many years so it was a real honour to have won an award in the magazine’s first year.

Abdul Patel, the Editor in Chief, Amelia Thompson, Deputy Editor in Chief and Rebecca Welch, our English teacher who runs the magazine, travelled to London on the 27th of September to attend the Shine Award’s gala awards ceremony at the esteemed Guild Hall. It was a fantastic event that allowed the magazine team to meet the organisers and sponsors of the event. It was also a great opportunity to meet students and teachers from other schools and colleges to share their work and visions for the future of their prospective publications.

The Insider is currently accepting applications from first year students for lead roles within the magazine such as Editor in Chief, Lead Designers and Lead Writers. We cannot wait to see where our new generation of Runshaw students will take our award winning publication next.