On 5th March three teams of Runshaw Further maths students travelled to the Liverpool John Moore’s Student Life Building to compete against 22 other teams from the region. After 90 minutes of mathematical problem solving, the papers were marked and scores tallied. 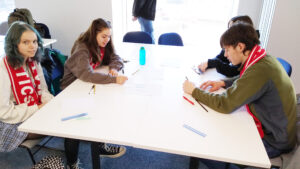 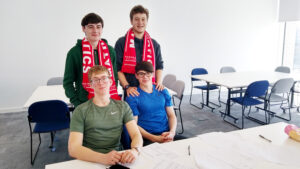