Join the hundreds of other businesses in the North West investing in their employees using the Apprenticeship scheme. Below are just a few of our recent success stories from both our employers and apprentices.

Alex Cook, 17, is currently working as an Apprentice Chef and is completing a Level 2 Professional Cookery qualification via Runshaw.

Having worked at the hospice for the past year, Alex said: “I was attracted to St Catherine’s by the diversity of the position, as the job includes outside catering for events and working in The Mill Café that is open to the public, as well as cooking for patients. I have learned a lot about time management and how to adapt to working in different kitchens. It’s the best decision I ever made and I hope one day to be a Head Chef with my own restaurant.”

Nicola Hanmer, Commercial Catering Manager at St Catherine’s Hospice and The Mill, recommends apprenticeship schemes to other employers for the benefits they can bring to the organisation as well as the individual.

Nicola said: “Apprenticeships are a great way of plugging any skills gaps you might have in your business. The on-the-job training allows you the flexibility and freedom to mould and shape your apprentices in the areas you want your business to develop, at the same time as opening up new opportunities for that person. We pride ourselves on being full and active members of our local community and investing in Apprenticeships is another way we do this. We are pleased to be able to offer apprenticeship opportunities here and would certainly recommend it to other employers.” 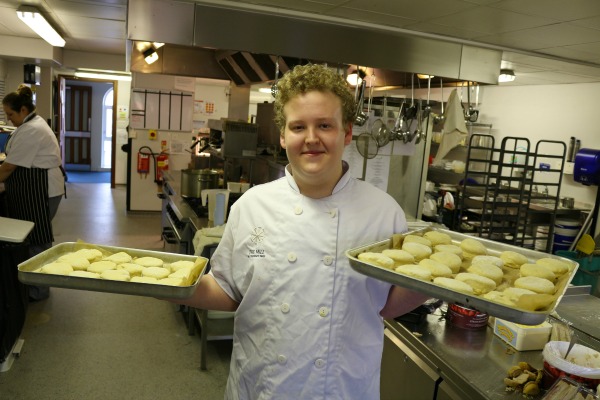 Mawdesley-based charity, The Legacy Rainbow House, are reaping the benefits of a successful Apprentice candidate.

Amber Mitchell, 21, has been working as a Community Fundraiser at the organisation since 2014. In July last year, Amber commenced a Level 3 Business Administration Apprenticeship via Runshaw.

Her skills as a fundraiser have seen Amber progress quickly within her role and combined with her business skills training she has gained the confidence to take on more ambitious projects. Amber successfully organised a Sportsmen’s Dinner for 120 guests at Ewood Park in September. The event included a three course meal and was hosted by guest speaker Paul Merson, former England and Arsenal footballer. The evening received significant local press coverage and raised vital funds for Rainbow House.

Charity Manager, Hayley Scholes, said: “As an organisation we have always had Apprentices but when we met Amber she really stood out. She’s a natural and quickly got involved with the fundraising. We wouldn’t usually expect an Apprentice to take on a large event but the Sportsmen’s Dinner Amber organised was a huge success for us.”

Hayley continued: “We have worked with Runshaw for years and have a great relationship. Amber’s tutor Meg has been fantastic and we have a great line of communication with them. I would say to anyone to give an Apprentice a go, they bring in new skills and fresh ideas to push your business forward. The programme offers excellent support to both the young person and the business.” 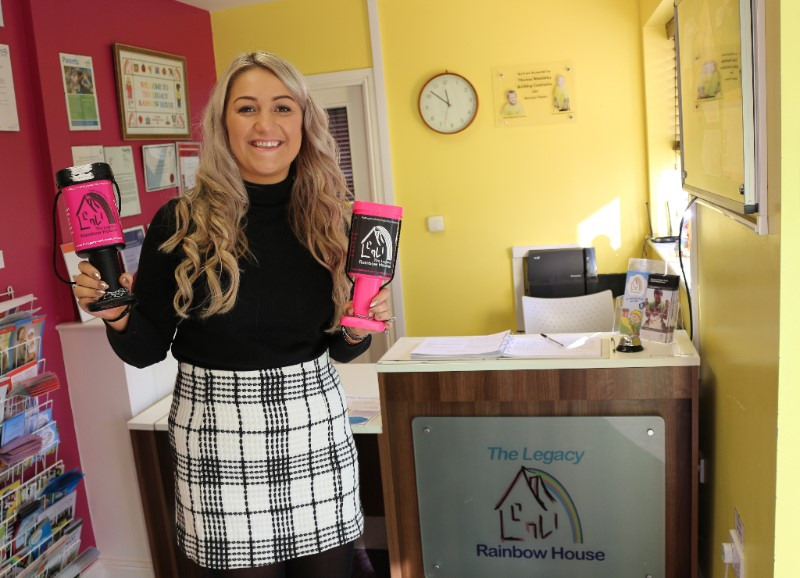 Apprentice Dan Dearden has been recognised and praised by his employers.

Peter Cross, Screentek International’s Marketing Manager, said: “The Rookie of the Year was decided by a panel and awarded to the person we deemed the hardest working new member of staff, and as such Daniel was not only judged against the other Apprentices but all members of staff who started in 2015.”

“This category was a really tough one to judge as we had some brilliant people start in 2015 but Dan’s commitment, work ethic and general attitude made him the standout candidate. It was ultimately a unanimous decision for the award. I have no doubt Dan will be getting many others over his career with us.” 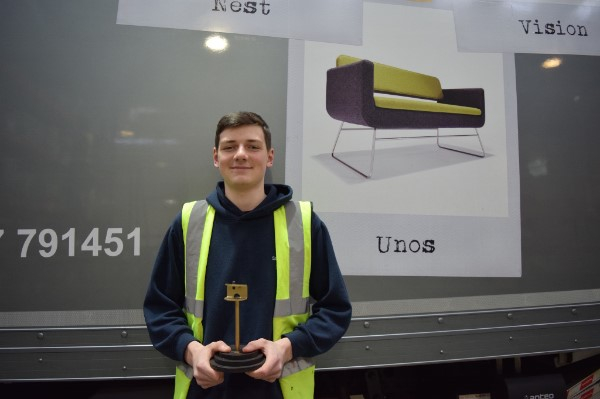 A Whittle-le-Woods sheet metal firm is investing in Apprentices to guarantee its next generation of skilled workers.

CSM Sheet Metal Ltd designs and creates bespoke metalwork solutions and has recently won a contract with McDonalds restaurants to create upwards of 600 self-service kiosks to be situated in franchises across the UK.

To support the business’ growth and continuity plans, CSM employs two Apprentices who are completing their Level 2 NVQ in Engineering via Runshaw. Jack Piercy, 17, and Oliver Thorpe, 16, both began working at CSM in November 2015 after leaving school.

CSM’s founder and owner, Paul King, is no stranger to Apprenticeship frameworks: “I started as an Apprentice myself and worked my way up to being a Structural Engineer. I set up the business 24 years ago and now we have 85 staff so I know what can be achieved. We have established ourselves as a niche fabricator and now have high-profile clients such as McDonalds.”

Having employed Apprentices for a number of years, Paul believes Jack and Oliver will contribute greatly to the business. “I know they will both be a great asset for us here and continue to grow and learn within the company. We will support them with any further qualifications as they progress with us. It’s great to see a shift in trends back to hands-on learning as a few years ago, everyone was wanting to go on to University. It’s really comforting to see a renewed interest in engineering, especially in Lancashire as we have such a prestigious manufacturing history. I’m confident that the new SEIC building at Runshaw will bolster the Engineering learning in the county.”

This is the first time that CSM has used Runshaw College to provide their Apprentices and training, and Paul has seen a vast improvement: “We normally only take one Apprentice a year but through Runshaw the calibre of the applicants was so high that we took two. We have already given both Jack and Oliver a pay increase as they have done so well. With time they will definitely move on to managerial and design roles.” 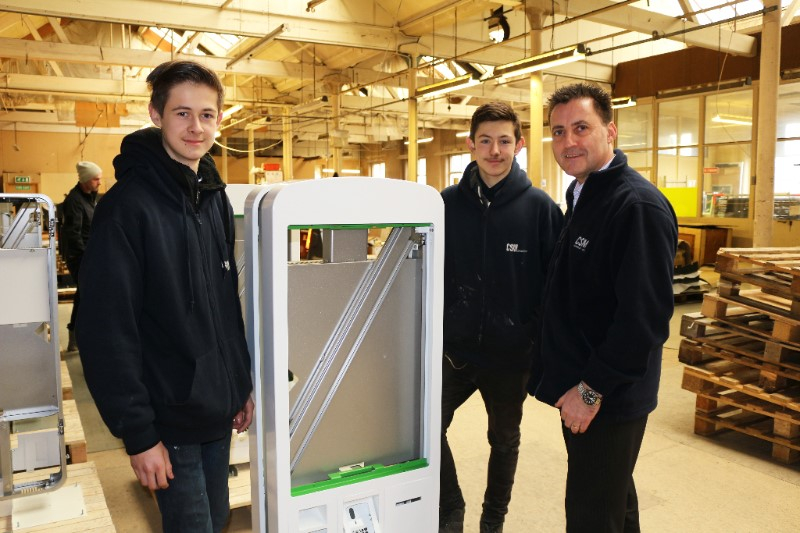