We always love to hear what our former students get up to after they have left us. Here are just a few of them:

Stars of Stage, Screen and Radio 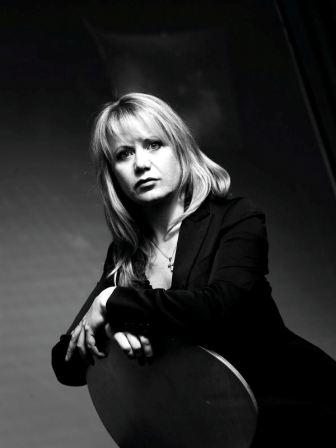 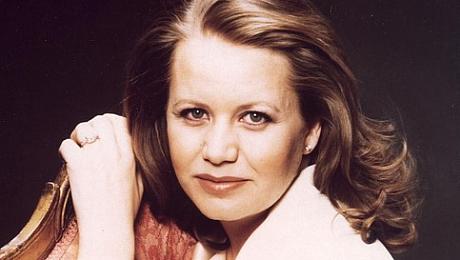 Amanda Roocroft has secured an international reputation as one of Britain’s most exciting singers in opera, concert, and in recital. She graduated from the Royal Northern College of Music and studies with Paul Farrington.

Amanda won the 2007 Laurence Olivier Award for Outstanding Achievement in Opera for her performance as Jenufa with the English National Opera. 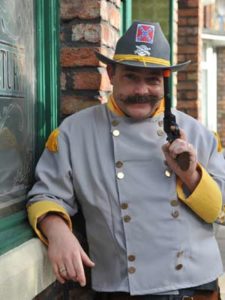 John attended All Hallows Catholic High School before Runshaw College between 1985 and 1987, studying for four A Levels, including theatre studies. He was described as “clearly [having] a talent for comedy”.

Following this, he turned down a scholarship in America to study drama at Manchester Polytechnic (now Manchester Metropolitan University).

While at university, Thomson met Steve Coogan, who secured him a job on Spitting Image. They would continue to collaborate on such programmes as Coogan’s Run, The Paul and Pauline Calf Video Diaries (where he played ‘Fat Bob’) and Knowing Me, Knowing You… with Alan Partridge, which he also contributed to writing. He also appeared in the 2002 film 24 Hour Party People. The two won the Perrier Comedy Award in 1992 for their act at the Edinburgh Fringe.

During the Coronavirus pandemic, John sent a heart-warming message to students of the college, which can be viewed here. 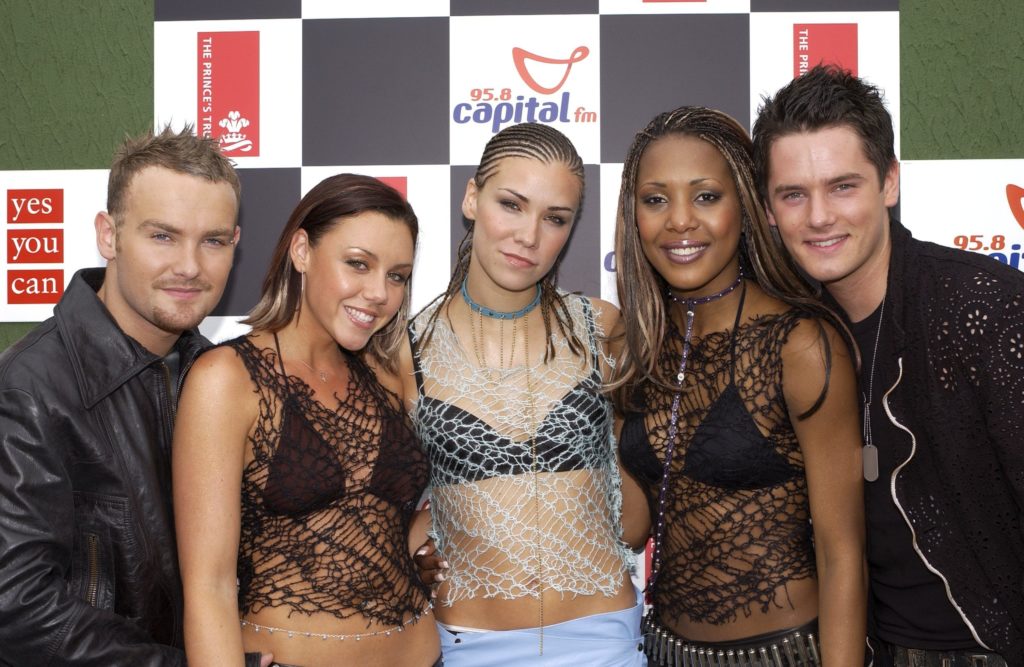 Liberty X were a British pop vocal group formed by the five contestants eliminated from the final ten qualifiers from the 2001 ITV show Popstars.

The group went on to achieve ten consecutive UK Top 20 singles, and various charting singles worldwide, meaning that these runners-up of Popstars were commercially more successful than the winners, Hear’Say.

Jessica Taylor took part in BBC’s one-off Strictly Come Dancing in 2005 and came in second place. Taylor also participated in the fourth series of Dancing on Ice, partnered with Pavel Aubrecht in 2009. They made it to the final, finishing in third place. She subsequently toured with Torvill and Dean on their 25th Anniversary Bolero Tour, performing in arenas across the UK. Jessica was signed in 2009 as the face and body of company Ultimo. She is married to England cricketer, Kevin Pietersen. Lloyd is an English singer and songwriter, known for his role as lead singer of Lloyd Cole and the Commotions, and for his subsequent solo work. After Runshaw Samantha gained a place at Rose Bruford College and has appeared in Casualty, Doctors, Five Days, Holby City, The Girls Who Came to Stay, Shameless, Jamaica Me Crazy and Island at War amongst many others. Steve is an English actor, comedian, writer and performer, but is most famous as a member of The League of Gentlemen.

Steve attended St. Michael’s CE High School before Runshaw and then graduated from Bretton Hall College with a BA (Hons) in Theatre Arts.

He also played the role of Rufus Drumknott in the 2010 movie Terry Pratchett’s Going Postal.

During the Coronavirus pandemic, Steve sent a message of support to our students, which can be viewed here. Tom’s first play, Risky & Fluke, won the Sunday Times NSDF Award and recently finished a tour of Europe. His radio play Things To Do Before You Die was aired on BBC Radio 4 to great acclaim.

Tom was nominated for an Oscar for the short film category for Wish 143, the story of a 15-year-old cancer patient who is granted one wish before he dies. The film is based on his personal experiences when he suffered from non-Hodgkins lymphoma as a teenager. Tom, who was celebrating his birthday at the ceremony, lost out to Luke Matheny’s God of Love.

Tom was originally commissioned to write Wish 143 for a play on BBC Radio 4 when he was at the BBC Writers’ Academy in 2008-9.

Tom has also been nominated for a BAFTA for E4 comedy drama My Mad Fat Diary. My Mad Fat Diary follows the story of an overweight 16-year-old who has spent four months in a psychiatric hospital. She struggles to hide her mental health and body image problems from her new friends and finds it hard to fit in.

He has also written for Doctors, EastEnders, Casualty and Holby City.

Chorley-born Joe studied A Levels at Runshaw. Even before college Joe had played Jamie Armstrong in Coronation Street at the age of 10. He went on to star in This is England as Woody, and Eli Dingle in Emmerdale.

More recently, you may have seen him playing the central character, Rudy, in Misfits on Channel 4, the BBC’s Ripper Street and in Lockout – a film by Luc Besson starring Guy Pierce, and co-starring in Preacher on Amazon Prime.

Joe also won two awards for his role in Misfits.

Notables of Academia and the Profession After the completion of his degree, Tim followed a career in the Higher Education sector. Before winning the Westmorland and Lonsdale seat in May 2005, he worked as a senior manager at St Martin’s College at Ambleside, Lancaster and Carlisle.

Tim is deeply committed to high quality education for all. In May 2005, Tim secured the Westmorland and Lonsdale seat in Westminster for the Liberal Democrats. He defeated the Conservative candidate and ended a 95 year rule of the seat by the Tories.

In 2005 he was appointed the Liberal Democrat Youth Spokesman, and in March 2006 became Parliamentary Private Secretary to Party leader Ming Campbell. In December 2007 Tim was promoted to the Lib Dem Shadow Cabinet and served as the Shadow Minister for the Countryside and Rural Affairs.

Tim was Leader of the Liberal Democrat Party from 2015-17. 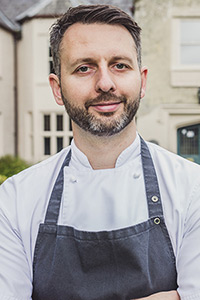 Mark went from his training at Foxholes Restaurant to win the Roux Scholarship, the premier competition for chefs in the UK, in 2011.

He has also worked at El Celler de Can Roca, Girona, a three Michelin Star restaurant owned by the Roca Brothers, twice voted the world’s best restaurant. He went on to work at the Michelin-starred Nortcote Manor and L’Enclume in Cumbria before realising his dream of running his own restaurant, Moor Hall, which was awarded its own Michelin star just months after opening in 2017. Christopher left Runshaw in 2007 and has since progressed to Junior Sous Chef at Raymond Blanc’s Le Manoir Aux Quat’Saison.

In 2011 he won Young Chef of the Year, adding to his City and Guilds Gold Lion award for Outstanding Achievement.

He started his career as a kitchen porter at the age of 13yrs and worked hard at Heathcotes during his College years, taking time to complete two successful placements at The Ivy and the 1 Michelin star Mason Arms in Devon. 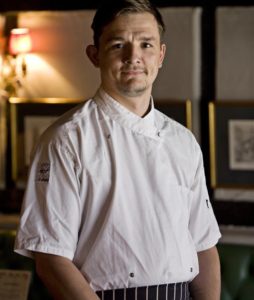 Damian trained at Runshaw before and has worked for such prestigious establishments as London’s Mirabelle, L’Escargot, Vineyard at Stockcross and Fortnum & Mason among others. He opened the Chesil Rectory in Winchester in 2010, and is Head Chef and Stakeholder. Holly specialises in the pole vault. She holds the British Record for the event and is also the current (2013) European Indoor Champion. Graeme is an English Paralympian athlete with cerebral palsy. He is the British world record holder for the T36 100m, and has won bronze and silver olympic medals. Danielle was the PNE Women’s and British College’s goalkeeper before taking up her current position as Liverpool Ladies FC Goalkeeper. She has also made appearances for the England U19 and U23 teams.